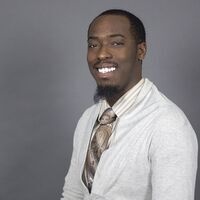 The Media and You

Dallas film and video producer Ron Leonard will appear at 6 p.m., Thursday, Nov. 21 as part of “The Media and You” speakers series in Room 129 of the Journalism Building at Texas A&M University-Commerce.

“The Media and You,” presented by the Mass Media and Journalism division of the Department of Literature and Languages, is for consumers of mass media who are curious about how the industry works, and students who plan to have careers in the media.

Ron is the founder of Ron Leo Productions, which he has owned since 2014.  Since then, he has worked locally in the Dallas market and internationally for companies such as ESPN, Daystar and the AIDS Healthcare Foundation.  He also works with business owners and clients in Texas, California, Louisiana and Canada.

Ron is an alumnus of Texas A&M University-Commerce and the Radio-TV division, now Mass Media and Journalism.

Pizza will be available at the event as long as it lasts.