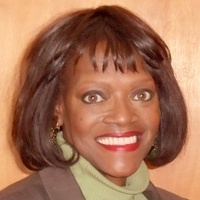 Michele Jones Galvin and her mother Joyce Stokes Jones have co-authored a creative work of nonfiction. The work is based on genealogical research and their family ties to Harriet Ross Tubman, a central figure of the "Underground Railroad."  It chronicles the family saga from the survival of the "Middle Passage" to slavery on the eastern shore of Maryland to freedom in Canada, and then settling in upstate New York. Told from the perspective of descendants, Beyond the Underground: Aunt Harriet, Moses of Her People portrays the life, times and accomplishments of the famed abolitionist. The book culminates as it speaks to the pivotal role of race, color and discrimination in the lives of Tubman and her great, great-grandniece, Joyce Stokes Jones. The book was published in November 2013.

Books will be available for sale and will be autographed on site.