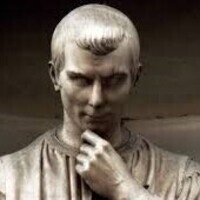 Machiavelli is one of the most infamous philosophers in history, and his name has become a byword for manipulation, dishonesty and violence. Recent scholarship has questioned this reputation and claimed Machiavelli as a Florentine patriot and theorist of republican (as opposed to monarchical or aristocratic) governments. In this talk I will show how these two readings can be reconciled via a distinction (drawn from Rene Girard’s theory of sacrifice) between good and bad forms of violence; I will explain how this distinction operates in Machiavelli’s philosophy, and use it to interpret three important aspects of The Prince: the discussion of founders as armed prophets, the taming of the Romagna by Cesare Borgia, and the distinction between two forms of cruelty.