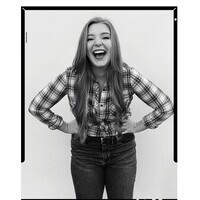 Inspired by Richard Avedon's ground-breaking photo exhibit In the American West, which premiered in Fort Worth in 1985, a group of Texas writers became determined to create a play with Western characters from their own unique and individual viewpoints. The resulting script, In the West, is a monologue play about Texans (and “those thereabouts”): The people who make us laugh, the people who make us cry, the people who just plain perplex us… and the people who remind us that we are not alone.  Y’all won’t want to miss it!