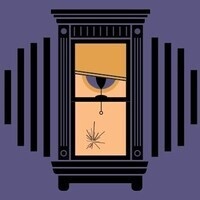 I am Acquainted with the Night

Ruth, a woman in her early 80s, has lived alone in her own apartment for twenty years, despite her son Michael’s concerns. And his concerns have only grown as, nearly every night, something comes to disturb his mother… to threaten her. Loud music plays with no source to be found, something scratches at the windows, and Ruth knows that whatever it is that stalks her, it hates her … and it will show itself soon. And because Michael’s marriage to his husband Kelly is beginning to dissolve, it will be up to Ruth to defend herself from the enemy that is coming.

I did not attend I spend too much in Zoom meetings as it is. I do not want to pay for the privilege