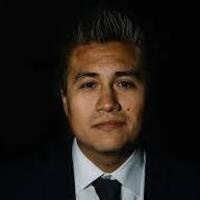 Francisco Perez (b. 1990) is a percussionist, composer, and educator from Pflugerville, TX. As an active performer, he has accepted international engagements in Guatemala, Mexico, Spain, and China, and toured extensively throughout the U.S., including performances at prestigious venues such as Carnegie Hall, Merkin Hall, the Percussive Arts Society International Convention and the nationally-televised Super Bowl XLV.

Francisco received his Bachelor of Music Education from Texas Christian University under Dr. Brian West and his Master’s in Percussion Performance from the University of Kentucky, where he is currently a candidate for the Doctorate of Musical Arts as a Graduate Teaching Assistant. In addition to his duties as instructor and arranger for the Wildcat Marching Band drumline, he assists Professor James Campbell through teaching lessons and conducting the award-winning UK Percussion Ensemble.

In the marching arts, Francisco has played snare drum for The Cavaliers (2011 & 2012) and Crossmen Drum & Bugle Corps (2010). In 2011, he helped secure the prestigious Fred Sanford Award for Best Percussion Performance under the direction of Mike McIntosh and Dr. Brian Tinkel. Additionally, he has served as a visual designer and technician for the award-winning Flower Mound HS (Lone Star Classic 2013 & 2014 Champion) & Texas Christian University (PASIC 2012 Champion) drumlines.