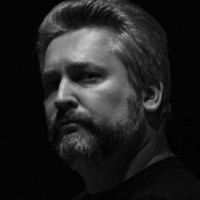 Andrey Ponochevny’s career has encompassed the globe as a pre-eminent talent among performing artists today. Cleveland’s The Plain Dealer has written that “his performance seized attention from first note to last.”

Additionally, The Washington Post said Ponochevny plays “with power and finesse that brought the audience to its feet in a long standing ovation.”

As the Bronze Medal Winner of the 2002 International Tchaikovsky Competition in Moscow, Ponochevny has proven success in competition.

Ponochevny has performed at many prestigious festivals including the Ruhr Klavier Festival, IKIF in New York City, the International Ludwigsburg Festival, Serie de los Nuevos Virtuosos in Puerto Rico, Bravissimo Festival in Guatemala City, Changchun International Festival in China, PianoTexas in Fort Worth, and Music in the Mountains Festival in Durango, Colorado.

Among his numerous awards, he was twice named “Outstanding Artist in China” (2009 and 2011) and he was given the positions of “Honorable Professor” of Jilin College of Arts (China) and “Visiting Professor” at the Beihua University (China). In his hometown of Minsk (Belarus), he was awarded the title “Minskovite of the year” in 2002.

In addition to his concert career, Ponochevny serves on the teaching faculty at the University of Dallas.