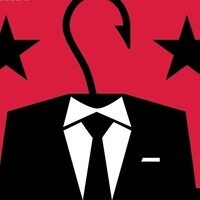 Chumbox: Stories from the Web

(As part of the New Play Development Series)

A play about radicalization, conspiracy theories, and politics in the age of the internet. Chumbox follows Dylan Tran, a podcaster and internet journalist on a quest for truth. Like Virgil guiding Dante through hell, Dylan is our guide through the seedy underbelly of the internet: scams, anonymous message boards, and bombastic conspiracy influencers. At the heart of the story: a splintered relationship between a father and a daughter, an ultimate betrayal of a best friend, an eccentric collector with an odd moral compass, and a machine that breeds hate itself. And the question: are we all in too deep?